“The very least you can do in your life is to figure out what you hope for. And the most you can do is to live inside that hope.” – Barbara Kingsolver 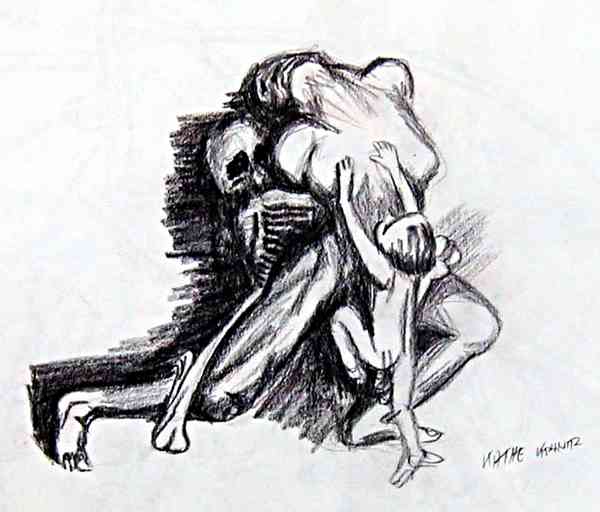 In 6th grade I did a project on Lebanon for my social studies class while studying for my Spanish CLEP practice test, and many of my sources mentioned the conflict in Israel. When I looked into it further, the multitude of information and conflicting “facts” overwhelmed me so I put down the newspapers and turned to my parents. I asked them to explain the situation simply and clearly, and they did. Then my Dad asked me my thoughts: what did I think should be done? Who should get Israel?  I sympathized with both the Jews and the Palestinians. I had more Jewish friends, and knew all about the Holocaust, but it wasn’t fair that the Palestinian’s had to give up their homes when they weren’t even involved. But now the Jews have lived there for over fifty years, and many called it home. Although my Dad mentioned the divinity claim, I ignored it, unwilling to add yet another factor into a complicated situation. Conflicted, I think I just shrugged. “No answers?” he asked, “that’s exactly the problem, no one has any answers.” Not to be stumped, I explained the obvious,

“Well, we should just get all the smartest people in the world together, tell them all the facts, and let them figure it out.”

….. (dramatic pause so we can all fully appreciate my youthful ignorance) …..

I remember believing in this magical room like it was yesterday. But it wasn’t. That conversation took place nearly half a lifetime ago. Maybe I still identify and understand this naive hope because some small part of me still believes it’s a good idea? Two billion living in poverty? Pirates off the coast of Somalia? 300,000 children dragged into armed conflicts? Why don’t we get all the smartest people in the world together, present the facts, and figure out the answers together? Doesn’t that sound good to you? Cause it still sounds good to me.

But I’ve learned that knowledge and intelligence aren’t the only qualities we need present in that room to find answers to the world’s problems. We need the most creative, compassionate, empathetic, dedicated, innovative, energetic, and courageous. We need elders and adults, and we need youth. I’ve also learned that the world is bigger and more complex than I ever could imagine, yet smaller and simpler and more beautiful as well.

I now sit in a conference room at the United Nations attending the 48th Commission for Social Development. Delegates from around the world sit before me, and it’s kind of like that room I used to dream about. The room’s bigger, cleaner, and less official than I had imagined. Delegates talk amongst themselves, surf the web, take pictures of themselves, and occasionally answer cell phones. It’s really just real people. Some even check out my shoes! On my first day here, this behavior shocked me, I thought everyone would be more respectful and shoes wouldn’t matter. It might not help that I’m wearing my most comfortable hiking boots with a dress. Anyway, it’s beautiful to have everyone in the same room, despite the distractions. The translators sit in a closed balcony overlooking the plenary floor, and we all wear headsets to hear their voices.

We are all here to tackle problems associated with Social Development. This year we are focusing on Social Integration. I’m still trying to figure out a simple, clear definition for Social Integration. I’ll let you know when I figure it out. Earlier today, the Secretary-General addressed us and admitted that although it’s been 15 years since the 1995 World Summit on Social Development in Copenhagen where everyone agreed that social integration was key to create “a society for all,” the term has remained elusive. Millions are still living in poverty and cannot meet their basic needs, and we still have a long way to go.

For the first few days, countries just share their opening statements. Almost every country opens by congratulating the Commission Chairperson, Leslie Kojo Christian from Ghana, for attaining such an honorable position (it’s pretty amusing). In their statements, many countries recognize the importance for social integration, and then share what they are doing to create a more inclusive society. For example, Zambia talked about the farms they have set up where people with disabilities can live and grow food. On the other hand, some countries are a little more aggressive, although you would never know it by their tone of voice. Cuba implored developed countries around the world to get their acts together and do more for their own people, and Haiti explained the earthquake conditions and begged for help.  I have notes from every country, but that will take a lot longer to synthesize and will have to wait because now they are very scattered in my notebook.

At one point earlier today, I found myself sitting next to the delegates from South Africa who happened to be two very beautiful women. I am bad with words, so I had been practicing what I was going to say since Wednesday. But then all of a sudden they started preparing to leave so I quickly wrote them a note. I wrote,

“Hey! A few years ago I had the opportunity to volunteer in a township outside of Port Elizabeth. South Africa is a beautiful country with beautiful people! A few of my friends taught me to say this: Ek is lief vir jou.”

I drew a heart, signed my name, and passed it over. My palms were sweating, and I watched the woman from the corner of my eye while listening to the speaker. When she reached the last line, she laughed, caught my eye, and gave me a huge smile. Taking out a pen, she wrote, “Ek is ook lief vir jou. (I love you too!)” Then she passed my note to the next delegate who read it, smiled, and wrote, “me too.” When the event was over, one of the women taught me more words like Molo which means hello, and we hugged before parting.

I wasn’t expecting them to write I love you too back, and that was pleasantly surprised. This weekend, I think I’ll prepare little notes of love for all the delegates. I’ll thank them for their work and dedication, and I’ll leave them by their desks on the plenary floor. Maybe I could do a special one for Haiti. Maybe my sister will help. If Amanda (one of my best friends who is now gallavanting across India) was home, I know she would help. We used to plan out these kinds of things, and we called them lovebombs (because they were unexpected, came from nowhere, and hopefully exploded into your life). Anyway, back to the UN…

The United Nations has gained a negative reputation: it’s expensive, the US foots most of the bill, it’s very spread out, and people wonder if it ever gets anything done. I have only been there three days, but I am incredibly encouraged, at least about the people in the room. I can’t say the same for the rest of America. A quick look at the news shows me that most people would prefer to read about pop stars, football and other trivial stuff, and there are very few articles discussing C-Soc-D. However, I’m convinced that there is nothing MORE important to talk about than social development. Social Development encompasses a lot: women, children, education, the economy, wildlife protection, the environment, food distribution, etc. What it doesn’t include is the New Jersey Shore. Well, maybe it does indirectly, idk.

Anyone can request to come as an observer to these meetings. As an observer, you can talk to the delegates, participate in side events and panel discussions. You can gain access to representatives from around the world if you want it! But there are only 70 observers here, and this makes me sad. I’ve found everyone here to be incredibly open and excited about the future and stuff IS happening. Ah. I just want to tell all the skeptics to shut up and get involved.

After exchanging hugs with a few of the delegates, I view this room as one big family reunion, and I feel right at home.

« Love is not a victory march, it’s a cold and it’s a broken hallelujah
Woman King »